DragonCon!  That most mysterious of Cons (to me, anyway) where the main draw seems to be taking pictures of people dressed up in crazy costumes!  And this year was no exception, as fellow blogger Shag (he of Firestorm Fan fame) took hundreds of pictures of the cosplayers at the show, including a few featuring our favorite Winged Wonders! 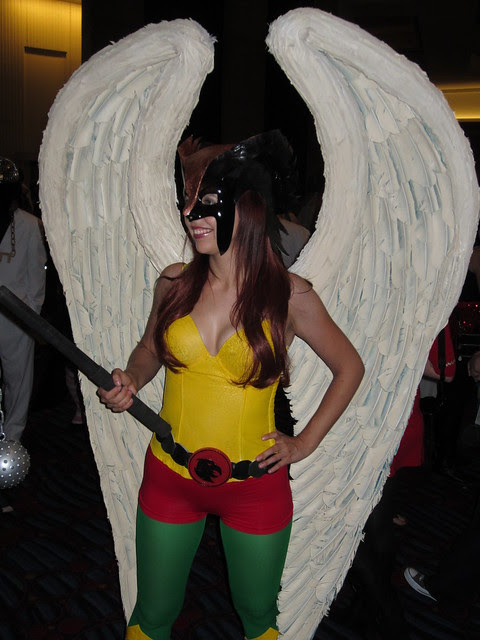 This Hawkgirl cosplayer looks like a Silver Age Shayera mostly from the fact that she is smiling!  The combination of the hair and the grin for some reason makes me think of Flo from Progressive Insurance dressed up as Hawkgirl, which is several layers of strange, even for me.  I like the hot pants over the green leggings, and the belt is a nice touch, too. The broad, angelic wings are the best element though.  Great stuff!

A new trend which has been emerging has been "box heroes," which is heroic costumes which look for all the world like they are dressing up as Mini-Mates.  Hawkman got in on that! 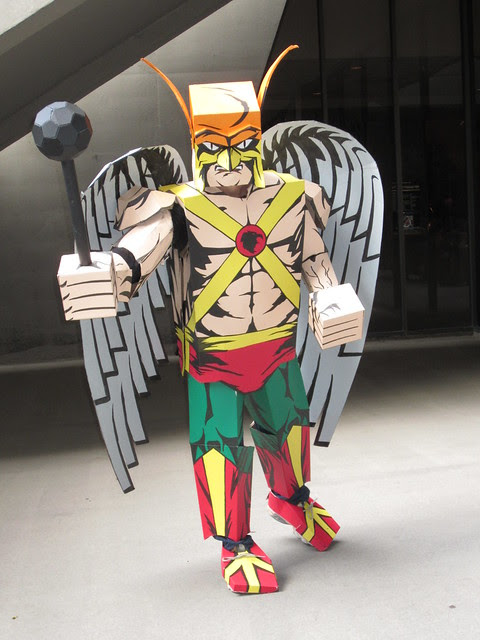 No, seriously, I have the Hawkman Mini-Mate and this is what he looks like.  I don't know whether to applaud the craftsmanship or just stare.  The mace is awesome, and I lobe the Kubert-esque shading on the, ahem, musculature on the chest.

Here he is in his native environment: 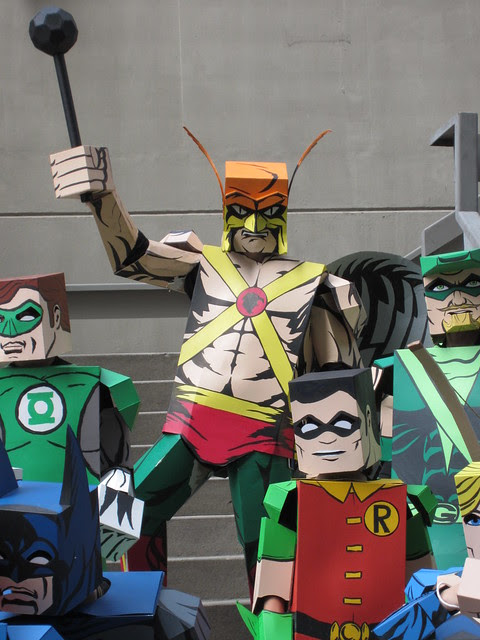 That's right: standing taller than Batman and Green Lantern and about to club Green Arrow in his blocky skull.  Yeeeeaaaah.  Want more Box Heroes?  Shag has a ton of em!

As always, there was a photo shoot with all of the DC cosplayers.  I am not sure if there are any Hawks in this picture, but check out that sweet Killer Moth on the right! 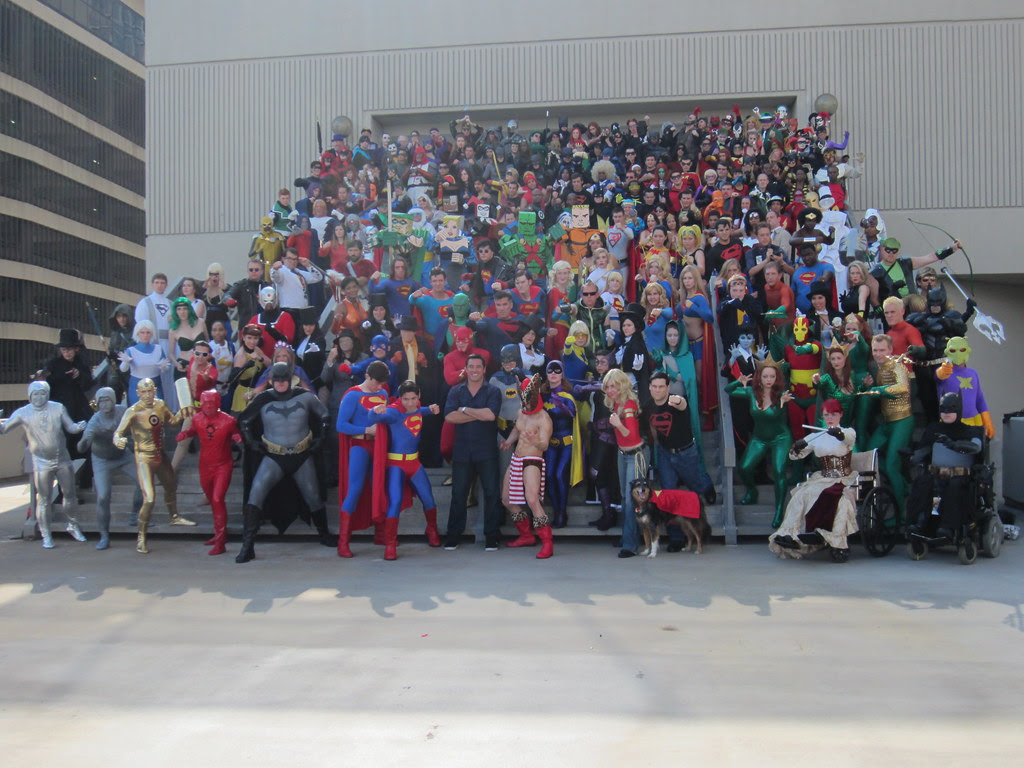 The Metal Men are pretty sweet as well.  You can check out Shag's entire DC Comics photo collection right here!

And then there's this: 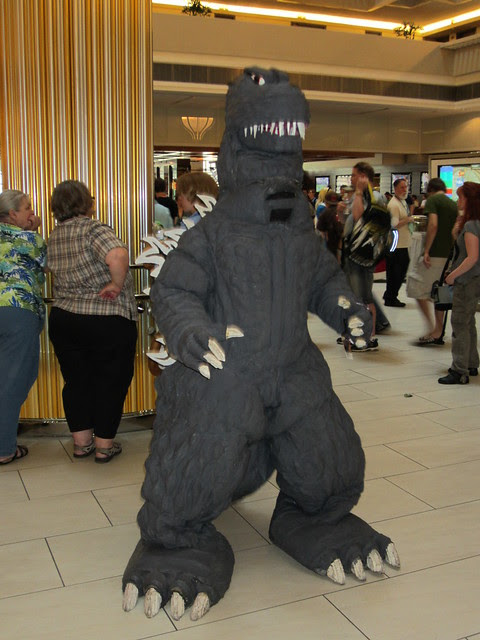 THE KING IS IN THE HOUSE!

An episode of Earth Destruction Directive is about to happen and I wasn't even there!  Insane!

BIG Props to both Shag for taking the pictures and the Superhero Costuming Forum, who organized a lot of the massive shoots!

It's not just me!  There's a whole gaggle of DC Comics bloggers posting pics from DragonCon cosplayers today!  Check out the list below and give em a click!

For some reason, I really like the box heroes cosplayer style. I wish there had been a Hawkwoman for the Justice League group shot.