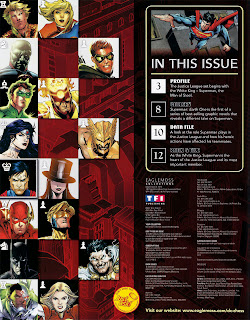 The Fire & Water Podcast: This Is The End

One of the best superhero podcasts on the Internet is run by two friends of mine, Rob Kelly of The Aquaman Shrine and The Irredeemable Shag of Firestorm Fan!  The Fire And Water Podcast is a celebration of their two marquee characters, the King of the Seven Seas Aquaman, and Firestorm, the Nuclear Man!  And the two of them have taken a huge risk by having yours truly on their show!

The three of us talk about something very familiar to fans of Hawkman, Aquaman, and Firestorm -- cancellation!  What happens when your favorite character's book is cut from the rolls?  And with these characters, there is a lot of options to choose from for cancellations, and emotions run the gamut.  I had a lot of fun talking with Rob and Shag, and I think you guys will enjoy it as well!

Support Firestorm and Aquaman (and Hawkman)! Fan the Flame and Ride the Wave (and Flap the Wings)! 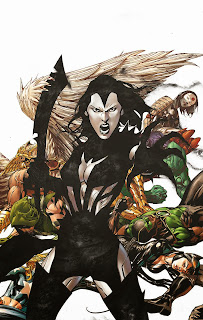 Poll Results: Are You Buying Justice League of America?

I try to do a poll every now and again here on the blog in order to see how my thoughts and opinions on developments line up with the opinions of the readers of the blog.  Now that Savage Hawkman has ended, the only place we can read about Hawkman is Justice League of America.  So I asked the obvious question: Are You Buying Justice League Of America?

The tally here was a little surprising.  If the title in question was Justice League, this number would be right on the money, as I tend to hear positive buzz about that series online, much moreso than JLoA.  But it looks like DC's efforts to promote this series have paid off!

This was the answer which I knew would win the tally, so no shock here.  Especially on this blog!

This is the camp I fall into.  As much as I like some of the characters in this series, if Hawkman was to be removed from the title I would drop it.  Too much focus on characters I couldn't care less about (*coughcoughCatwomancough*) and too expensive, even with my DCBS discount.  The books is good, but I don't think it has reached "cream of the crop" status yet.  But the presence of Hawkman is making it worthwhile for me at the moment.

Honestly, I expected this number to be higher than only 3 votes.  I've heard a lot of complaints about Justice League of America on message boards and such, so I figured that the number of folks who would say "screw it" would take second place on the poll.  Is this indicative of the opinion folks have of the title's quality?

I think that the upcoming Trinity War series will give the series a bit of a shot in the arm, and hopefully we can get more focus on Hawkman in the coming months.  So we'll see, I suppose.