As it is every September, I was unable to attend DragonCon down in Atlanta over Labor Day weekend.  And as it is every September, Shag (of Firestorm Fan fame!) was able to take plenty of pictures of the various cosplayers who assembly themselves at "Geek Mardi Gras" and share them with all of us!  So without further adieu, let's see some pictures!

This Hawkman and Hawkgirl cosplaying duo have a sort of "primitive punk" or post-apocalyptic vibe to them, almost as if they had to pull their uniforms together from whatever he could salvage. The makeshift wings amuse because I am reading Hawkworld right now, and Ostrander makes several remarks to the point that the wings are only their for gliding, so as long as they are aerodynamic, material doesn't matter.  Hawkgirl's biker helmet is a nice, Mad Max sort of element. Hawkman's hlmet looks like a nice mix of the classic Hawk helmet and a Weaponer of Qward! 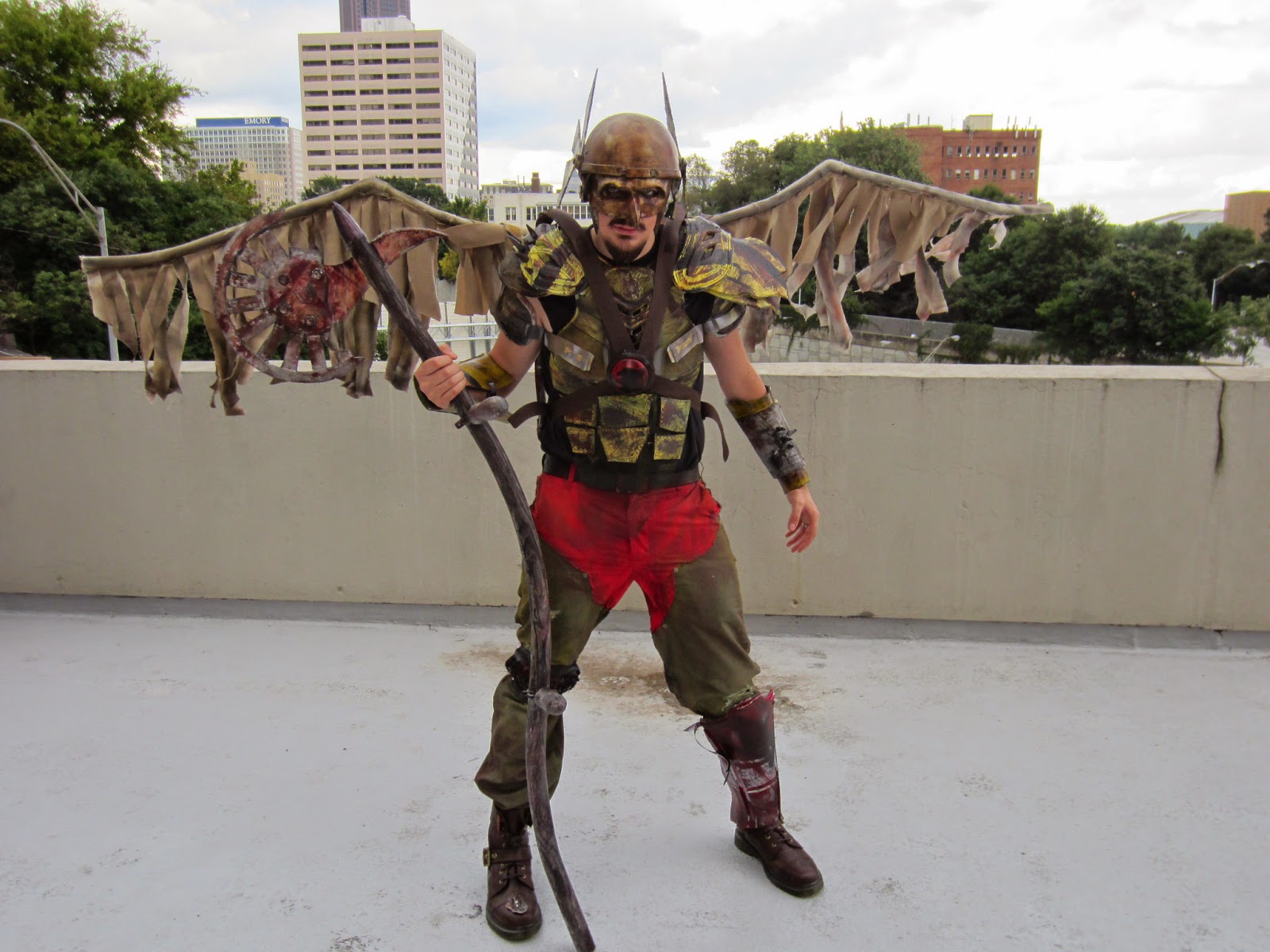 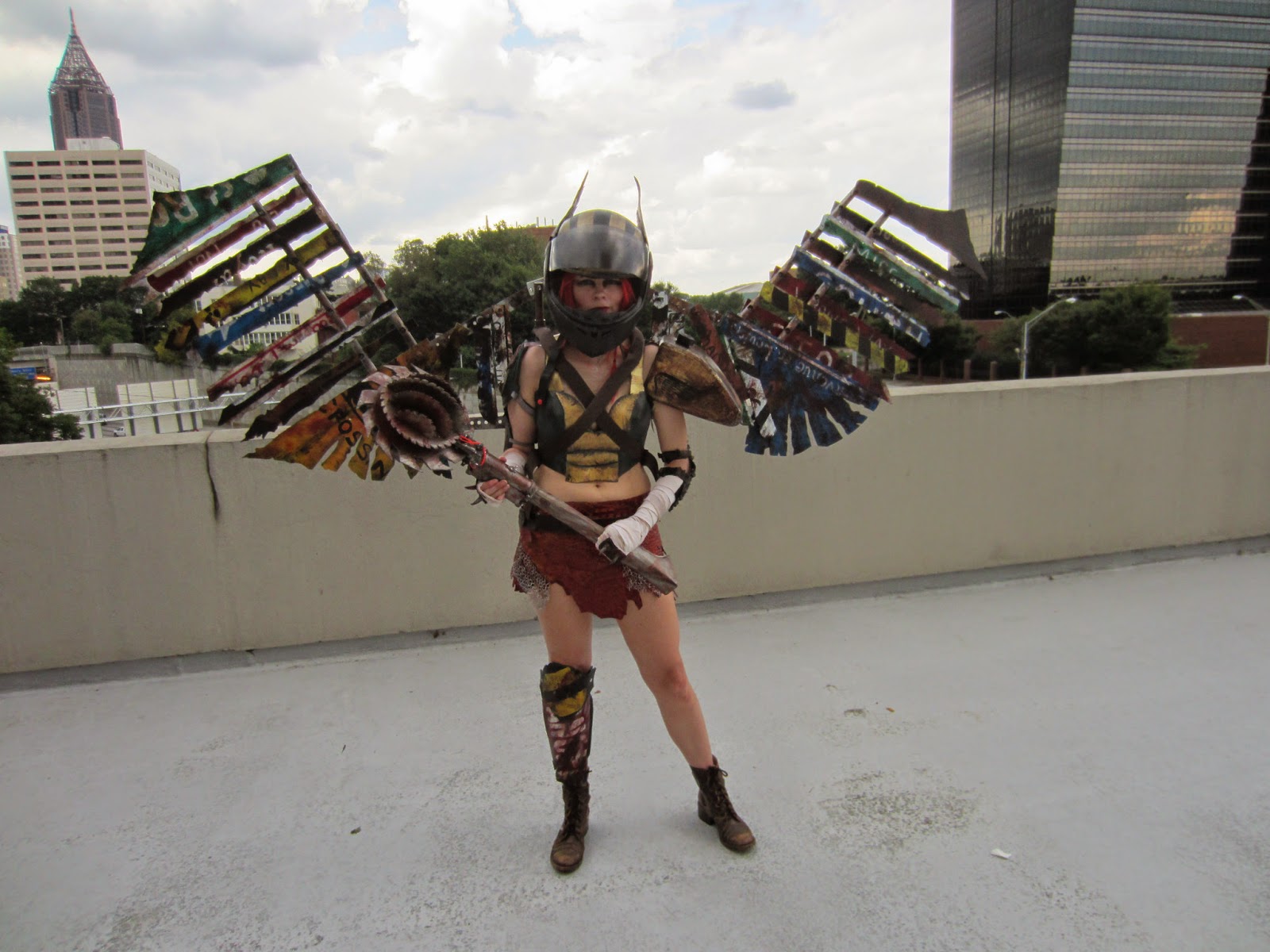 These two also took part in this neat JSA photoshoot! 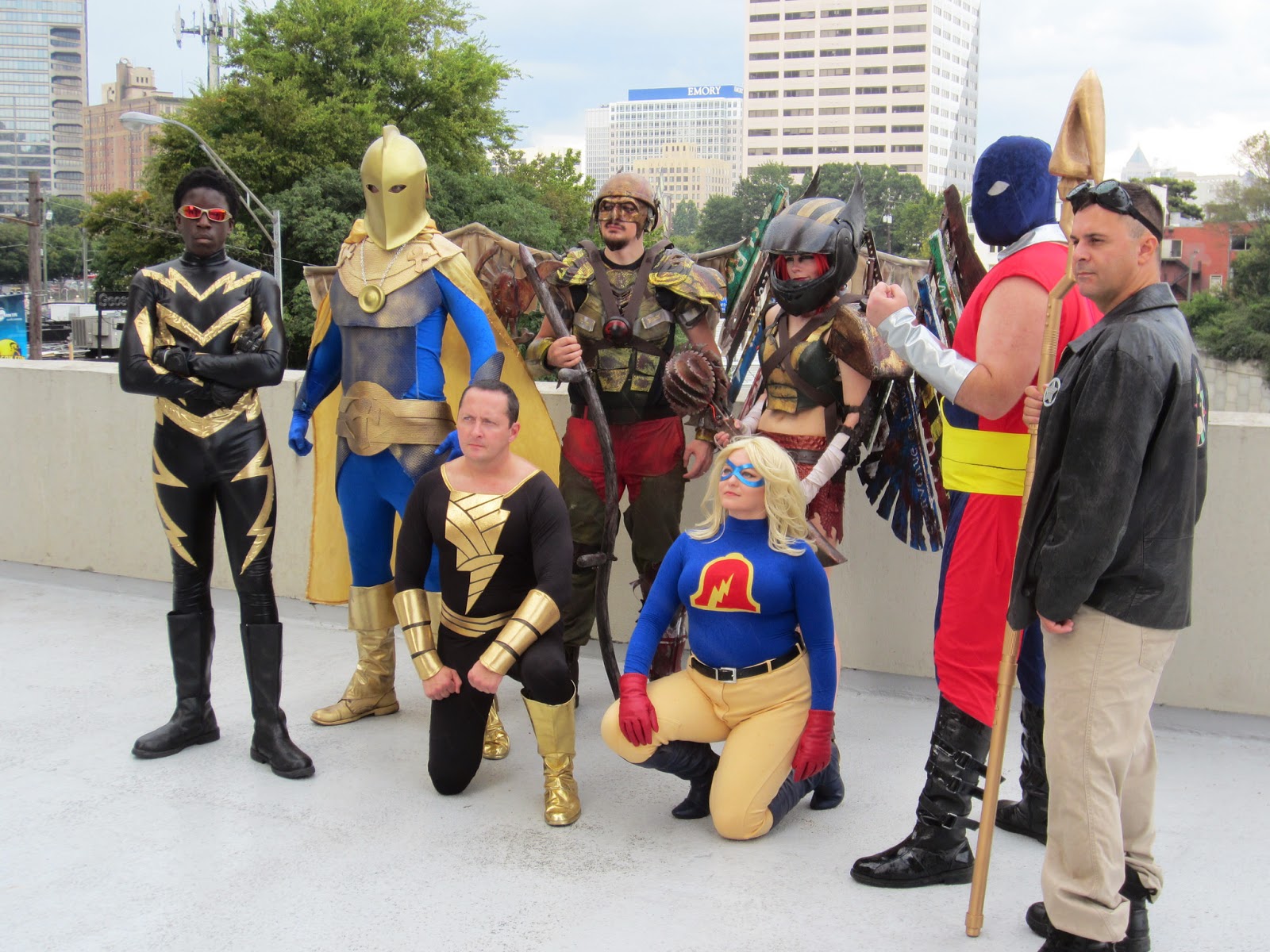 Shag also snagged a great shot of this Justice League Unlimited style Hawgirl!  I have always been partial to this look for Shayera because she is essentially wearing Brice Lee's famous yellow and bike suit, and like Lee, she likes to kick butt and take names!  The wings are also pretty spot on for the Bruce Timm-style wings we got on the cartoon.  Great costume all around! 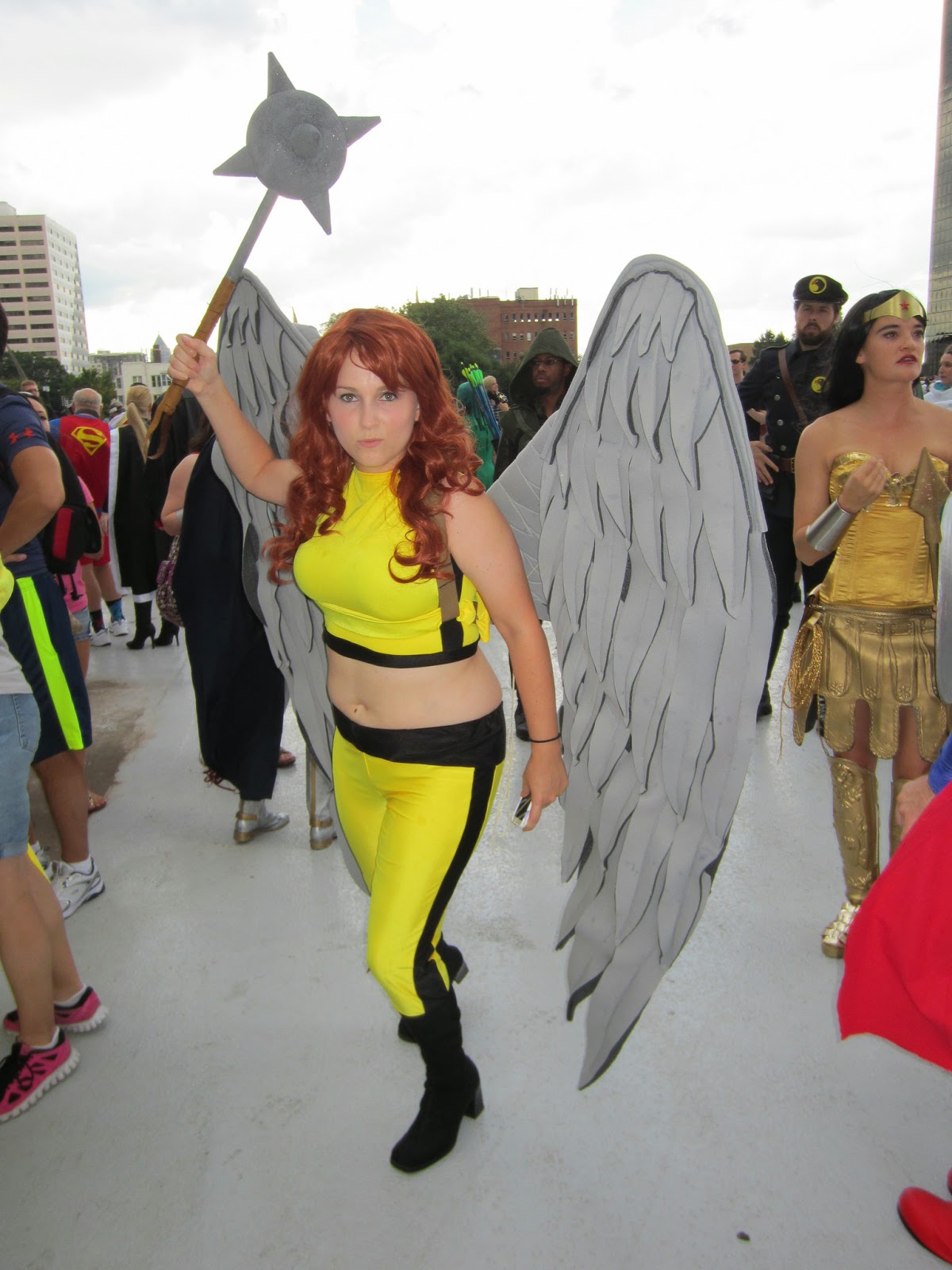 It looks like DragonCon was a great success from a cosplaying and costuming standpoint once again!  I would like to thank Shag for taking all of the great pictures you see, plus countless more.  If you want to check out some more of the great cosplay from DragonCon '14, you are in luck because a whole gaggle of my fellow bloggers have gotten in on the act today!

So check it out and enjoy!

Wow! Looking at those first two pics, I kind of want to see a Hawkman/Mad Max crossover.

My favorites are the JSA group shot and the Hawkgirl from the JLA/JLU animated series.

Hey! That's us! Thanks for the great article. You can see more pics of our "Atomic Hawks" on our website (coolbyproxyproductions.com) or on our Facebook page.

Mad Max/Post Apocalyptic was exactly the look we were going for with the design of the Atomic Hawks! They were also inspired by the atomic universe in the game Infinite Crisis. Thanks for posting us in your lovely article :)

Great work, Josh and TC! Very creative and unique Hawk designs. I will definitely be checking out your sites!
And I am glad everyone liked the pictures, big props to Shag for the hook up!